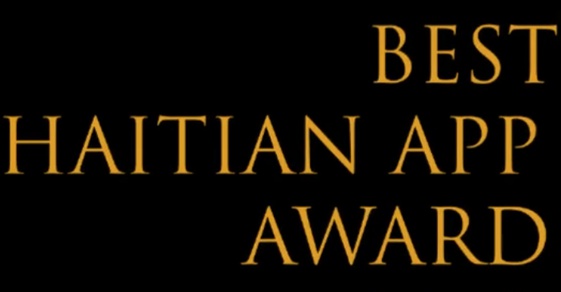 This event comes from the staff of Code9Haiti on December 17, 2018, where personally I had proposed the idea to the staff, they approved it and deemed it necessary to have this activity every year in the country, in a sector as important as is technology, but a little neglected (Although technology should be one of the priorities). The idea came a little late for the year 2018 that was underway, but it was mandatory to carry out the event. We went immediately to present the idea to Marc Alain Boucicault, Banj representative, Pierre Stanley Baptiste of Impact Hub Port-au-Prince, Max Larson of Transversal, David Pierre-Louis of KayTita][9], Carel Pedre of Chokarella and the principle of Ecole Supérieure d'Infotronique d'Haïti (ESIH), Patrick Attié. They supported the idea, they suggested things to do to improve the event, they offered help on how to make the event possible in the short time that we faced. Thanks to these people, we as the staff, had a broader view of the event; I also take the opportunity to greet them for their encouragement and the spirit of positivity they give to the people around them.

Why such an event while there are others that give priority to technology?

The answer is simple, it is simply that these activities are based on the financial aspect of the applications and the presentation of the project during the moment. I mean, if your app is not saleable or you don't pitch your app very well, you're going to miss it, while we as programmers like to get compliments when we come up with a new feature or new assets. We consider that there must always be these kinds of activities (We also used to participate, like Hackfest Haiti, Hack the CD, Diagnostik), but we wish to have this tradition where, every year, we reward an application for the year, for its innovation and creativity. This will encourage the developer to work and build his skills. From there, we can highlight the applications developed in the country, to spot the application that deserves it, to represent the country around the world.

The event was scheduled for February 10, 2019. Because of the problems that have affected the whole country, it took place on March 2, 2019. I will not stop showing my joy to see that a simple idea becomes a great thing. We have just started, we have just deposited the first piece of block. From year to year, we will strive to do better. As Pierre Stanley said in his Facebook account status, it's the beginning of a long tradition. 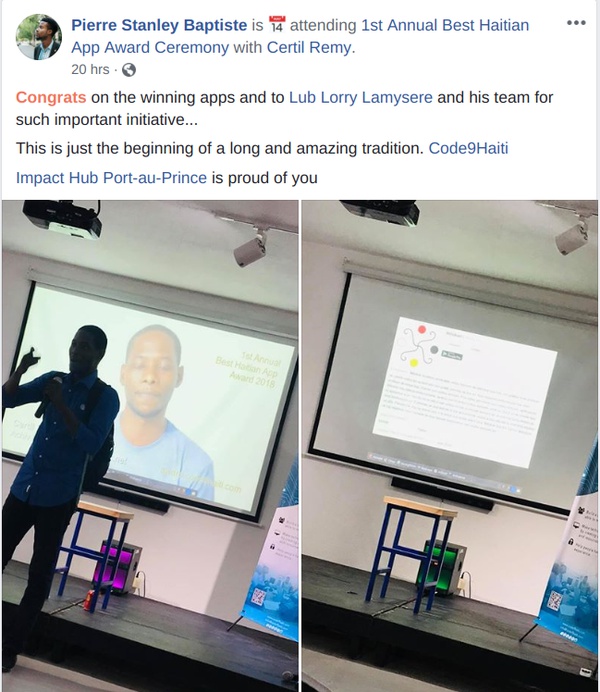 We are not trying to bring out Code9Haiti, but rather to give all developers merit and show that we are part of a sector that should be very involved in solving most of the problems we face today. We as developers are always ready to move forward, we want to take on challenges because we always strive to learn more and solve. That's why I often say:

Your email will not be shown 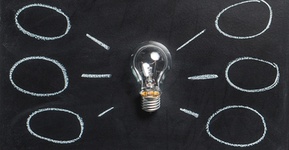 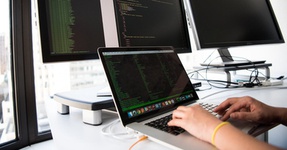 How To Become A Programmer 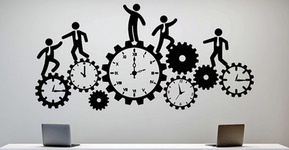